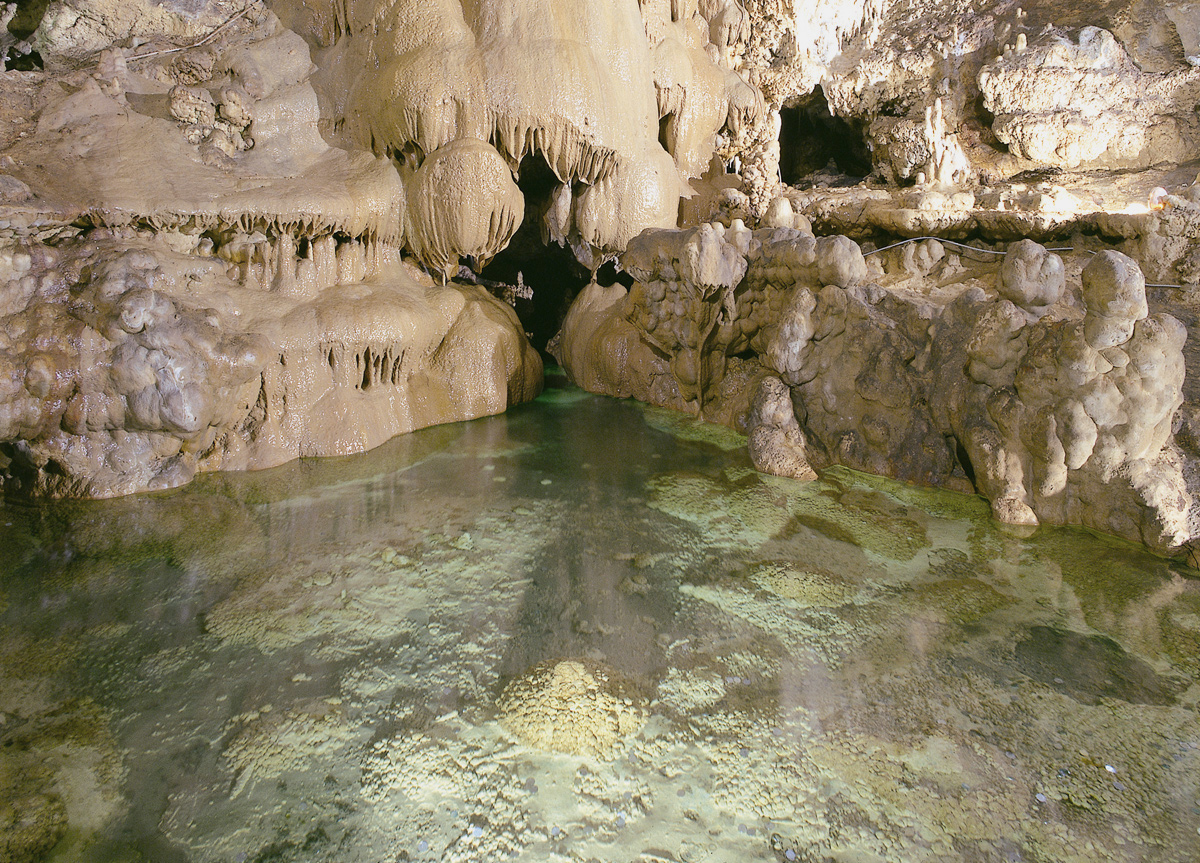 A trip to the caves of Toirano

A day in Prehistory

Revisiting the Caves of Toirano after quite a few years was exciting. The managers of the Caves had a formidable idea: They invited the Staff members of the residences belonging to the “Residences of Liguria” consortium for a special visit. What better way to tell you about these wonders of nature and history?

I said “to visit”, but I should say “to live”. Yes, because the walk (about an hour long) among the limestone formations was a unique experience and was even more exciting because we were accompanied by a valid guide like Marco, who has 40 years of experience and … a passion for these “treasures”.

The route began after a short walk through the shrubs of the scrubland (marked and illustrated by signs). The entrance way was nice and cool compared with the outside temperature (a constant 16 degrees, in every season of the year) and the path was slippery, but we had been warned, and everyone had a sweater and suitable shoes.

Strolling through stalactites and stalagmites

very beautiful, strategically lit, meeting us, full of the history they possess.

Time of formation: 2 mm every 10 years. We moved from the cavern “della Bàsura” (“witch” in Ligurian dialect), 186 m above the sea level to the “living room” where stalactites and stalagmites merge to form “columns”, some pure white, others the reddish color of their ferrous components, and yet others the grayish color of manganese. We crossed “the corridor of the footprints”

where we came across the signs of human and animal life. Imprints of hands and knees, paws of bears. Going farther down, we got to the “pond” and in those crystal-clear waters, Marco explained to us that  there was only one form of life.

A very small crustacean that is not even one cm long, it is transparent and blind; it is part of the Nyphargus species; we tried to see one … but couldn’t; however, it is possible to see them (if you go, try to find one!).  We continued and arrived at the “cemetery of the bears” a particularly interesting place for children, who will be taken with the life of these animals, which, about 30,000 years ago, spent their hibernation period in these caverns; sometimes they died there and that is why their remains were found. Going yet further down, we arrived at the “cavern of Cybele”

so called because it is dedicated to the goddess of Fecundity. The calcareous formations, rounded because they were formed in water, are similar to women’s breasts, waxen and round; they represent a phenomenon considered unique in the world. The Grotto of Saint Lucia

We then walked through the connecting tunnel and reached the lower cave of “S. Lucia” and, just think, we were 170 meters above sea level. Here we found very peculiar coral formations, similar to flowers and very delicate, formed by the evaporation and condensation of water, all different colors, but all … very beautiful! At the end of that cavern was “the pearl”, a column 8 meters tall that was waiting for us, shining and majestic, covered with crystals of aragonite and marked by the “sufferings” due to the many earthquakes it had experienced over the centuries. We left and walked along corridors paved with alabaster, with an almost dazzling sheen; we had the impression of walking on water: they had this form due to the ancient presence of underground lakes. Walking through this room, called “the room of the capitals”, we approached the exit, that part of the cave where you cannot see any formations and that was used in wartime as an air-raid shelter for the population of Toirano. Leaving the cave we were enveloped by the light, the bright green of the scrubland, the blue of the sky that joins the blue of the sea. The underground show amazed us, and then we were astonished by the one on the surface. We said good-bye to Marco: Having seen the caves with someone who really has them in his heart was a real gift, and he made us appreciate them even more . We discovered that we were hungry … the bar near the caves was well stocked … sandwiches and bruschettas for everyone … Perked up, we visited the hamlet of Toirano, awarded with an “Orange Flag” (assigned to the most beautiful hamlets in Italy), and its museum of rural civilization. It was a beautiful walk among medieval walls and spectacular Ligurian views. A truly unique afternoon that made us get a taste of and appreciate even more a corner of this land of ours.